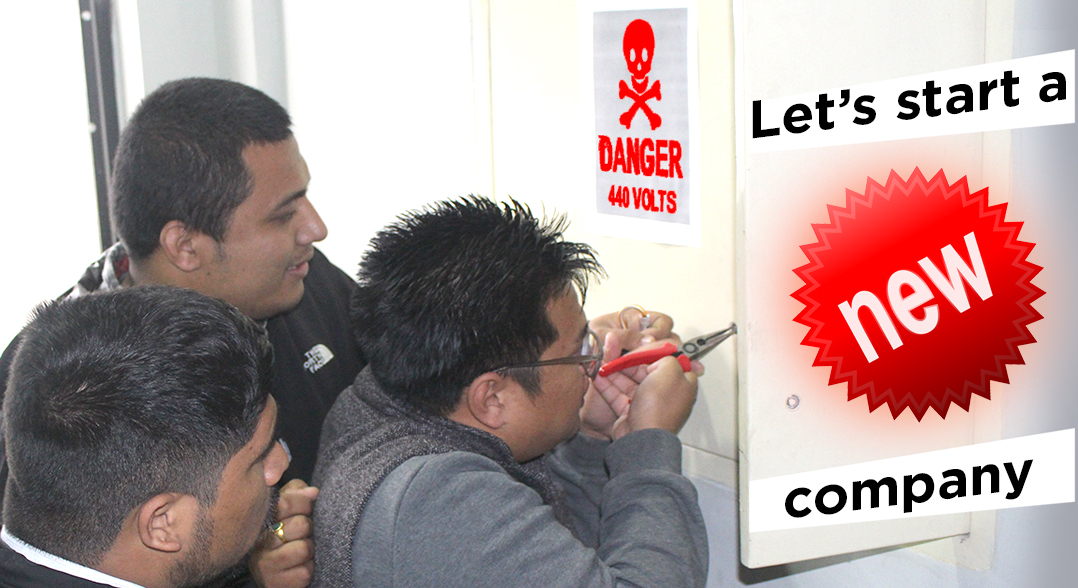 The concept of starting up our own company sounds quite intriguing and almost every one of us dream to own one someday. It does not have to be a bigger corporation, a small proprietary business would also do for some because why not? Having your own company sounds so much better than working under someone else under exponentially growing pressure with the same unappreciated efforts and underpayment, right?

Rather than working in a pressurizing environment, One would rather work for themselves with more effort and even if the earning is nearly zero compared to what you were earning now, it is still worth it, isn’t it? (Will be covering more on this later on further writings but for now let us stick to the current topic)

If one has a dream, then obviously one should work hard for it and make it a reality. In the process of making this reality a success, there are certain checkpoints that needs to be looked upon before beginning our journey:

1. Not everyone is the ‘CEO of the company’

Often the biggest error that begins in startups tend to start before reaching the start line. While writing up the plans on paper, nothing seems impossible (and yes! that’s how it should be). The only problem is that one forgets to factor in ‘Reality’. Before starting, a company cannot operate on a single person. So, one starts exploring people and the first people that comes on our minds are either a close friend, a close relative or someone who you trust (at that moment). Now, it is not the problem with whom one starts the company, the real problem comes later on when the company starts growing up in a year or two. The paper plans usually get blindsided when one only includes the cost and revenue. Job description and responsibilities are vaguely defined and the one coming up with the idea wants to automatically act as the Founder and CEO of the company. While in the process someone else on the team is doing so much for the team and feels the initial vision is not in alignment. So, before starting up make sure that ‘title’ and ‘fame’ of an individual should not affect your company and the welfare of the company should be prioritized first. No one in the company should feel as if they are doing more or less than someone else on the team. This thought should be in sync despite the growth of the company.

2. Looking up to capitalists should be avoided while running a company at initial phase

The examples people get exposed to are so extreme that one dream only dreams of become Elon Musk, Mark Zuckerberg, etc. in international level and in national level one looks up to becoming Saurabh Jyoti, Anil Keshary Shah, etc. What one does not realize is that starting your company means your own vision and a different mission. Learning from these people is logical, but trying to be like them is what takes you to a mudhole. The first phase should be focused more on retaining people and avoiding pitfalls. So, it is all about your own revenue generation other than building up philanthropic views on the initial journey.

On papers, when forming up a team, the financial investment sounds easily possible. What one does not see is that the sales projection does not match, which leads to the destruction of all the happy-go-lucky plans. So, one should always have funds that can back up the company at least for six months to a year (if in case you thought your idea would become a hit when it comes to market). Also, the biggest mistake one ends up doing financially is that they tend to trust the initial investors (as they would be the one they trust the most at that moment) so they believe that their people would chip in slowly by time (as not everyone would have the money to fund as planned at the beginning). So, before starting the initial funding, it should be deposited in the company account at least the minimum planned value and the dates of depositing the rest should be mentioned beforehand.

4. Marketing is the key, but Sales define the success

Marketing for a startup idea includes selling to family and friends then going word-of-mouth through them and taking favors from people you already know and so on. This is how one should begin, and the first few weeks will make you believe that it is possible to do what one has written down on papers. The problem that occurs is that this thinking only works once (in the opening phase) and then it dies within a week. So, one tends to look into working with marketing firms for digital and physical marketing hoping it would boost sales. What one does not realize is that it is pretty difficult to quantify the effectiveness of marketing and despite making fancy creatives, boosting ads on social media platforms, and going for a 360-Marketing approach, one still gets confused why the sales number is not growing in a day or two. So, keep-in-mind Marketing is a very powerful tool and the results do not come in a single day. It might take a week, a month, a year or a decade to hit the one marketing concept you devised gathering all the brilliant minds in your network. So, marketing consultant is the key, but sales totally depend on your own efforts.

And yes, there are so many more things that you have to consider while starting up your own company. Time-to-time evaluation of progress, creating a solid human resource, growth and expansion, and many more of the things that one does not foresee in the beginning. Another most important thing that we cannot track is ‘Our Luck‘. So, hope you are one of those lucky ones who make it out of it and get the success you deserve in your journey of making a successful start-up.